FLYERALARM is one of the leading online printing companies in the B2B market in Europe, and of the largest e-commerce companies in Germany - but it is still very young. Since 2002, the printing specialists from Würzburg have been showing the world how smart ordering print products can be. FLYERALARM now has over 2,000 employees, and generated a turnover of more than 340 million euros in 2017.

FLYERALARM Large Format Printing GmbH provides its customers with advertising technology and large-format printing services. In line with its motto “Individuell nach Maß” (“Made To Measure”), the company handles the widest imaginable range of printing requests on all kinds of materials, from PVC surfaces to textiles. In order to improve its performance when processing printing requests, FLYERALARM has implemented pdfChip from callas software. The print services provider uses this command-line tool in its production process to produce optimized, print-ready PDFs.

Before implementing pdfChip, FLYERALARM previously prepared the necessary data for production using Indesign Server. However, with this approach, the company lacked a certain flexibility when processing files. Adobe’s product was also only able to process printing jobs serially, which slowed down performance. In its search for an alternative, FLYERALARM came across pdfChip from callas. With this tool, users can easily turn HTML documents into high-quality, print-ready PDFs. pdfChip supports HTML5, CSS3, JavaScript, and even SVG and MathML (MathJax). Unlike traditional HTML-to-PDF converters, callas’ command-line tool takes print-specific components into account, like special colors, overprints, cutting conditions and trim boxes. “We tested pdfChip and decided to purchase the S version”, says Dennis Jünemann, Manager of Prepress at FLYERALARM Large Format Printing GmbH. 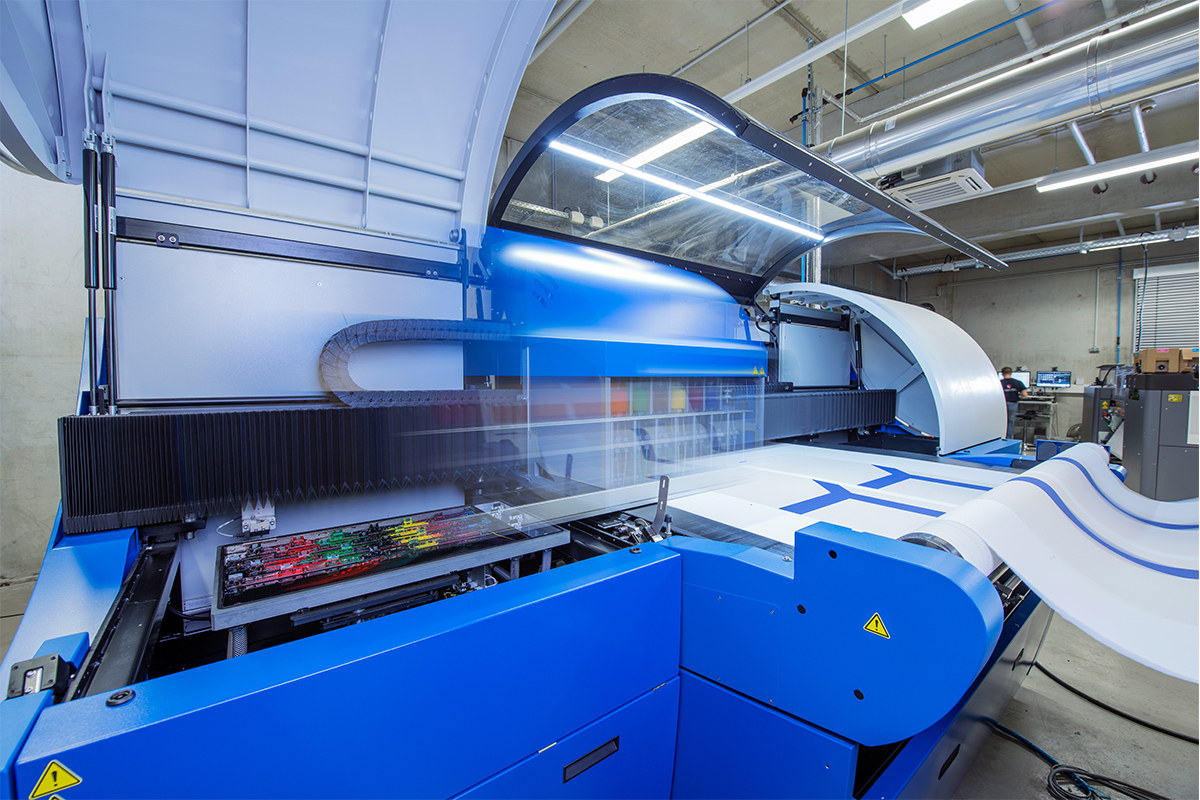 FLYERALARM receives print motifs from its customers in PDF format. The production data required is generated using the company's own PHP HTML templates. pdfChip then combines the HTML templates with the customer’s PDFs to create a print-ready PDF file. FLYERALARM was able to quickly benefit from pdfChip's performance and flexibility in its day-to-day business.

“pdfChip is a command-line tool, which might not seem very user-friendly at first glance. But because of this, the software actually has the advantage of being easy to integrate into other applications. For example, we use Enfocus-Switch, and it took us very little work to integrate pdfChip into the workflow system,” says Dennis Jünemann. Nine months later, pdfChip received an update to its M version, which enables parallel conversion of four HTML files to PDF, allowing FLYERALARM to increase its output rate. Now, FLYERALARM processes 600-800 jobs every day using callas software’s tool. FLYERALARM also uses pdfToolbox from callas and converts files generated using pdfChip to PDF/X-3.

“For sure, there are other products that can turn HTML into print-ready PDFs,” says Dennis Jünemann. “But none of them can do so at the same level of quality as pdfChip.” Moreover, he says, developing new products has become much easier. For example, FLYERALARM is planning to expand its portfolio to other areas with pdfChip's help.

pdfChip creates high-quality PDF from HTML, taking full advantage of styling with CSS3 and optionally augmented with JavaScript.
Back to overview